Under general policy and executive guidance from the City Mayor and Council, the City Manager plans, organizes, integrates, fiscally administers, reviews and evaluates the activities, operations, programs, and services of the City of Watkinsville; serves as the top appointed employee in the City, responsible for carrying out the policies, programs, and projects determined by the elected City Mayor and Council; is a conduit between the Mayor, City Council and City personnel; ensures development and execution of the municipality’s strategic plan and annual budget; oversees all government departments and private sector service providers under contract with the City; ensures City government operations and functions effectively serve the needs of Watkinsville residents and other stakeholders, while complying with applicable laws and regulations; and performs related duties assigned by the City Council from time to time. 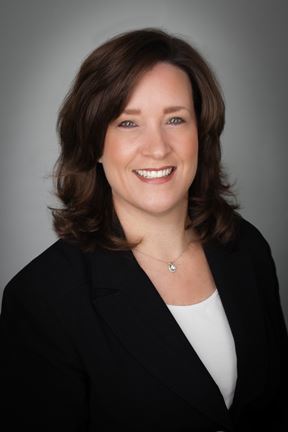 Professional Experience: Sharyn brings to the City of Watkinsville more than 27 years of progressively responsible management experience in both the public and private sectors with an emphasis in financial management, strategic planning, policy analysis and development, and comprehensive program management and evaluation. As a result of having been a local elected official, a government employee, and a private sector business woman, she is able to leverage her unique perspectives in collaborative efforts involving a variety of community stakeholders. She began her career in 1991, as the Recycling Coordinator for the Unified Government of Athens-Clarke County (ACCGOV). In 1994, she became the Assistant Director of the Solid Waste Department, and in January 1996, the youngest Department Director at 28 years old. In 2005, she left ACCGOV and established Sharyn Dickerson & Associates, LLC., an environmental consulting company that provided services to cities, counties, state agencies, non-profits, and the private sector. In 2014, she was elected to the Unified Government of Athens-Clarke County Commission and served a four-year term (2015-2019); becoming the first-ever female District 1 Commissioner. In her elected role, Sharyn led the comprehensive public-private 20-year Athens-Clarke County community planning effort known as Envision Athens (www.envisionathens.com) from its inception; serving initially as Co-Chair of the Steering Committee (2016-2018) and then as Chair of the Implementation and Oversight Committee (2018).

Personal Information: Sharyn is a native of Athens, Georgia. She is married to Joe (1990) and has three teenage sons.

She was hired as the City Administrator on November 27, 2018. On December 18, 2019, the Mayor and City Council codified her role and responsibilities and changed her title to City Manager.